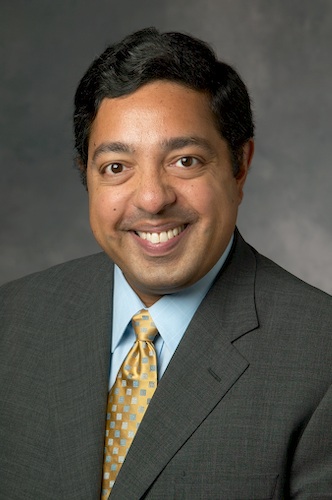 Translating a trillion points of data into therapies, diagnostics, and new insights into disease

There is an urgent need to translate genome-era discoveries into clinical utility, but the difficulties in making bench-to-bedside translations have been well described. The nascent field of translational bioinformatics may help.  Dr. Butte’s lab at Stanford builds and applies tools that convert more than a trillion points of molecular, clinical, and epidemiological data -- measured by researchers and clinicians over the past decade -- into diagnostics, therapeutics, and new insights into disease.  Dr. Butte, a bioinformatician and pediatric endocrinologist, will highlight his lab’s work on using publicly-available molecular measurements to find new uses for drugs including drug repositioning for inflammatory bowel disease, discovering new treatable inflammatory mechanisms of disease in type 2 diabetes, and the evaluation of patients presenting with whole genomes sequenced.

Atul Butte, MD, PhD is Chief of the Division of Systems Medicine and Associate Professor of Pediatrics, and by courtesy, Medicine and Computer Science, at Stanford University and Lucile Packard Children's Hospital.  Dr. Butte trained in Computer Science at Brown University, worked as a software engineer at Apple and Microsoft, received his MD at Brown University, trained in Pediatrics and Pediatric Endocrinology at Children's Hospital Boston, then received his PhD in Health Sciences and Technology from Harvard Medical School and MIT. Dr. Butte is also a founder of Personalis, providing clinical interpretation of whole genome sequences, and NuMedii, finding new uses for drugs.

The Butte Laboratory builds and applies tools that convert more than 400 trillion points of molecular, clinical, and epidemiological data -- measured by researchers and clinicians over the past decade -- into diagnostics, therapeutics, and new insights into disease.  Dr. Butte's research has been featured in the New York Times Science Times and the International Herald Tribune (2008), Wall Street Journal (2010 -2012), San Jose Mercury News (2010), and the San Francisco Chronicle (2013).  In 2013, Dr. Butte was recognized by the White House as an Open Science Champion of Change for promoting science through publicly available data. 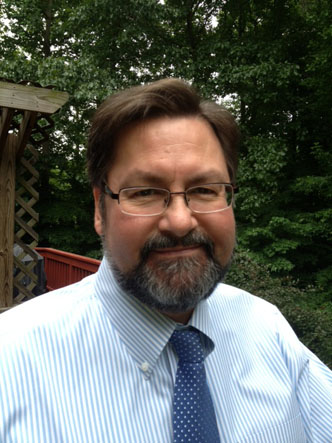 The use of sophisticated computational approaches to collect, explore and analyze vast amounts of complex, diverse data – big data – has transformed the modern world: profoundly changing aspects as disparate as the way capital moves through the economy and the very nature of social networks.  Like financial transactions and social media, biomedical research also produces big data.  And, while the science and technology of big data have been brought to bear on some particular areas of biomedical research, most questions regarding health and illness have not yet been addressed by these powerful approaches.  The NIH Big Data to Knowledge (BD2K) initiative will expand the opportunities afforded by these approaches to advance biomedicine through a number of thrusts.  First, BD2K will work to change the practice and culture of the research community to make data more widely available and useable, and will enhance the role of data in the research ecosystem by making data discoverable, citable and linked to the scientific literature. Second, BD2K will advance the science and technology of big data in the context of biomedical research through centers of excellence and research project grants.  And, third, BD2K will ensure that the tools, methods and science of bid data are broadly appreciated by many and deeply understood by some through a number of innovative training activities aimed at investigators both junior and senior. This presentation will provide an overview and status report of the initiative, including: findings from a series of recently held workshops, synopses of funding opportunities and a vision of the manner in which BD2K will affect the scientific landscape in biomedicine.

Michael Huerta, PhD is Associate Director of the NLM and Director of the NLM’s Office of Health Information Programs Development. His office coordinates efforts to make the NLM’s considerable resources known to librarians, researchers, healthcare providers, and the general public; it oversees the Library’s international efforts as well as NLM’s evaluation and strategic planning activities.

Since 1991, Dr. Huerta has led several transformational efforts at NIH. These include promoting team & collaborative science through the: NIH Roadmap's Interdisciplinary Research Consortia, NIH Blueprint, and the NIH's adoption and mainstreaming of multiple principal investigators on individual projects. He has also led many informatics and data-intensive research initiatives, starting with the Human Brain Project, which helped develop the field of Neuroinformatics. More recently, he led the Human Connectome Project , which will provide comprehensive and systematic data about the connectivity of the human brain from some 1,200 healthy adults, and he directed the National Database for Autism Research, which serves as a data repository and collaborative research platform for studies of autism.

Today, Dr. Huerta is involved with a number of trans-NIH and trans-government efforts on standards, technologies, practices, and policies to more widely, efficiently, and meaningfully share biomedical research data. He is helping to lead the NIH Big Data to Knowledge (BD2K) initiative which will support research and development in data science and associated technologies. Importantly, BD2K will also work to change policies and practices at NIH to raise the prominence of data in the biomedical research enterprise by increasing data sharing, supporting community-based standards efforts, and making data sets discoverable, citable, and linked to the scientific literature.