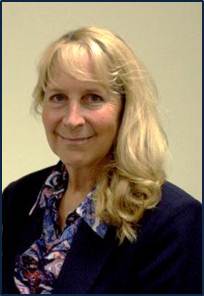 NORD - National Organization for Rare Disorders
The first place to check when looking for information on those rare or 'orphan' diseases.

MEDLINE is the premier international biomedical database developed by the National Library of Medicine, and is the first choice for locating journal article citations and abstracts from the 1940s to the present. There are many different search interfaces to the MEDLINE database, including Ovid and PubMed.

Why Use Medical Subject Headings (MeSH)?

MEDLINE is NOT full-text, so the key to effective MEDLINE searching is to utilize the controlled vocabulary or MeSH terms that are carefully assigned to each article as it enters the database.

The value of MeSH terms are that they standardize medical terminology. For example, there may be two articles; in one the author uses "stroke," in the other, "apoplexy." Both articles will be found under the MeSH term "Cerebrovascular Disorders." If you search "stroke" or "apoplexy," the search system should be "smart" enough to map you to the closest MeSH term - in this case, "Cerebrovascular Disorders" where all these articles can be found. Ovid's version of MEDLINE does this very well.

Becoming aware of the MeSH vocabulary will be an important goal in information mastery as a medical student and practicing physician.  The Ovid search interface will automatically map the term you enter on the subject line to the appropriate MeSH term--thereby ensuring accurate and consistent retrieval.

There is both a MeSH term and a Subheading for "Genetics." The subject heading should only be used when doing broad searches on heredity or when looking for articles on being a genetist. Always use the most specific MeSH term available. For instance, if you wish to locate articles on "Genes" you would not want to search the broader term "Genetics."

If you are looking for articles that discuss the genetic aspect of a disease or organism, the MEDLINE system prefers that you apply the subheading "genetics" to the main term.

EXAMPLE: Find articles that discuss the mechanism of heredity for diabetes mellitus.

Many genetic conditions involve multiple abnormalities, so you may want to use the MeSH term "Abnormalities, Multiple" coordinated with the specific abnormality.

There is also a MeSH term "Abnormalities" used for congenital malformations of organs and parts; and "Abnormalities, Drug-Induced" to be used when looking for articles on congenital abnormalities caused by medicinal substances or drugs of abuse given to or taken by the mother, or to which she is inadvertently exposed during the manufacturing of such substances.

The subheading "abnormalities" should be applied to organ MeSH terms to find articles for congenital and structural defects.

EXAMPLE: Heart/abnormalities would be the search statement for locating articles on structural defects of the heart.

The Medical Subject Heading "Teratogens" can be used when looking for an agent that causes the production of physical defects in the developing embryo. If you are looking for the "teratogenic effect" of something, MEDLINE prefers that you use the term "Pregnancy Complications" with the subheading "drug therapy" (e.g., Pregnancy Complications/drug therapy) or the drug itself, such as "Mazindol" with the subheading "adverse effects" (e.g., Mazindol/adverse effects).

In addition to specific disease or syndrome subject headings, other useful MeSH headings for your assignments may include.

Useful subheadings to attach to your MeSH terms include:

Congenital - Used with disease headings to indicate those conditions existing at and usually before birth. It excludes birth injuries, for which the subheadings "abnormalities" and "injuries" are used.

Ethnology - Used with diseases and selected terms for ethnic, cultural, anthropological or racial aspects, and with geographic headings to indicate the place of origin of a group of people.

Embryology - Used with organs, regions, and animal headings for embryologic and fetal development. It is also used with diseases for embryologic factors contributing to postnatal disorders.

Epidemiology - Used with diseases for the distribution of disease, the factors which cause the disease and the attributes of disease in defined populations.