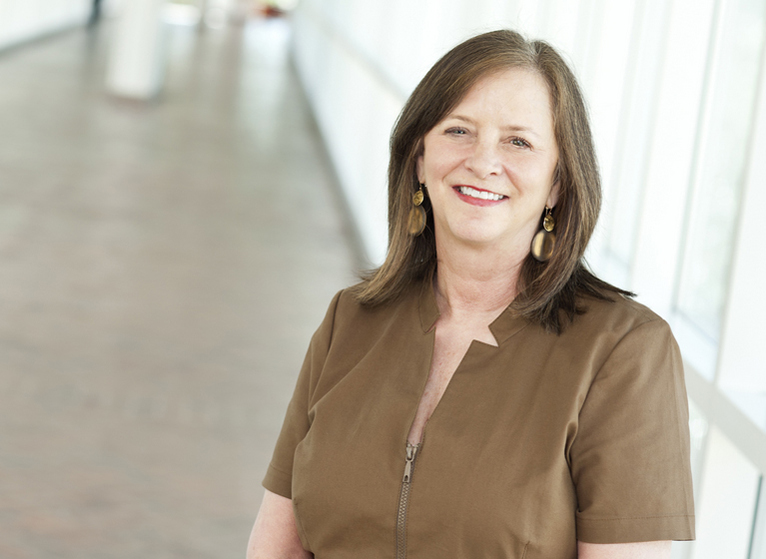 This article was written by Kimberley R. Barker

Friday, October 2, 2020 marks the end of Gretchen Arnold's 34-year career at the University of Virginia's Claude Moore Health Sciences Library.
Arnold began her tenure at the Health Sciences Library in October of 1986, having left her position at Welch Medical Library at Johns Hopkins University. Having served in a variety of roles at HSL, she was appointed interim Director in 2005 and became the Director in 2007.

Throughout her career, Arnold has prioritized the reality of users' needs, being less concerned with whether or not the solution to those needs fell under "traditional" library services. As she has stated many times and in various ways, Arnold believes that libraries are about knowledge and that they must adapt and evolve to provide access to new and emerging forms of knowledge. Whether those adaptations revolve around physical spaces or the skill sets of library staff, there is a need to constantly stretch and adapt in order to be relevant to the true needs of the user populations.

When asked about what she perceives as the Library's greatest successes under her leadership, Arnold points to the reimagining of its spaces in response to changing needs in a non-print world; for instance, the Library became a lab for experimenting with new technology such as 3D printing and virtual reality. Further, when the books were removed from the Book Room, Arnold supported the conversion of it into study space, complete with technology-enabled furniture and more electrical outlets which were needed for keeping patrons' devices charged. The establishment of data services in the Library (ultimately leading to the creation of the Research and Data Services Department) has been a huge success as it meets a major needs for all of the Library's users. Lastly, Arnold points to the fact that Library staff are truly embedded into the curricula of the School of Nursing and the School of Medicine.

"I'm especially pleased by that," she notes.

While a retirement celebration wasn't possible due to quarantine restrictions during the pandemic, staff were able to express their appreciation for Arnold's leadership during her last staff meeting.

"I'm staying in Charlottesville, and I'm keeping my UVA email account, " Arnold stated. "Hopefully I'll see many of you around town, when things are back to normal."

Please join us in wishing Gretchen well on this next phase of her life!