New exhibit in Library: “Assistants to Nature: Midwives, Obstetrics, and the Medical Turn.” 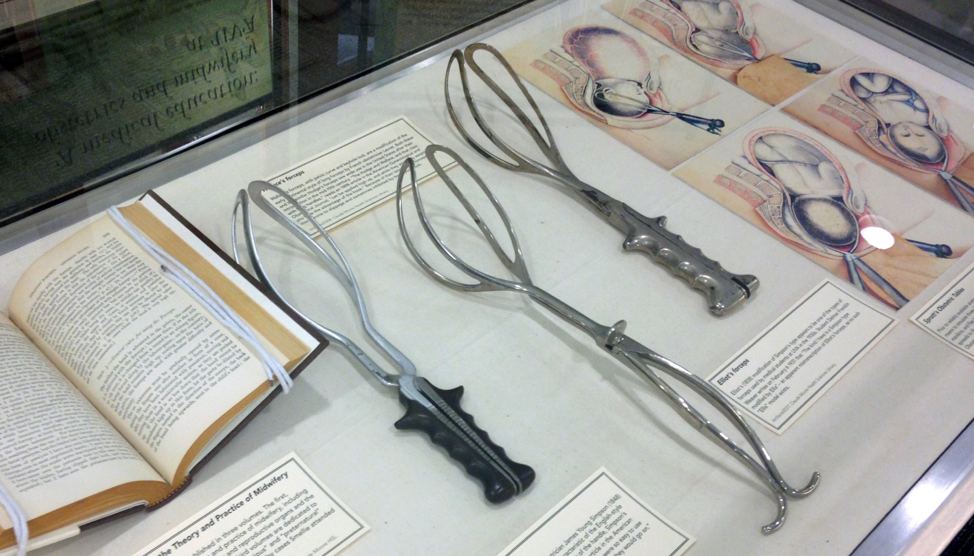 From now until November 1, 2019, Historical Collections at the Claude Moore Health Sciences Library is featuring a new exhibit in the main lobby: “Assistants to Nature: Midwives, Obstetrics, and the Medical Turn.” The exhibit highlights some of the Library’s collection of obstetrics literature and artifacts as it takes patrons through the history of what has historically been one of life’s most perilous experiences--birth--and offers a glimpse of the medical women and men of Western history, and the advances and pitfalls, that paved the way for the field of obstetrics that we recognize today.

Before the obstetrician and the hospital delivery, there were the midwives, attendants upon birth since time immemorial. For the majority of Western medical history, women’s health was managed by a community of other women, trained informally through apprenticeship, who attended to birth and parturition with natural remedies and, out of necessity, minimal intervention. This exhibit considers the historical moments in which men entered a field which had been, as patients and as practitioners, the exclusive purview of women. The shift from locally oriented midwifery to professional, institutionalized obstetrics is marked by a number of tensions, between masculine and feminine, sacred and profane, and most distinctly, nature and art. 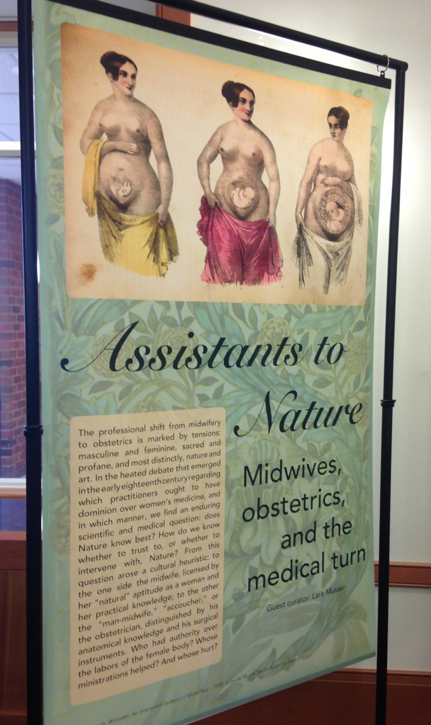 In the heated debate that emerged in the early 18th century regarding which practitioners ought to have dominion over women’s medicine, and in which manner, history poses an enduring scientific and medical question: does Nature know best? How did the medical attendant know whether to trust to the process of Nature, or whether to intervene with it? Out of this question rose a cultural heuristic: to the one side the midwife, licensed by her “natural” aptitude as a woman and her practical knowledge; to the other the “man-midwife,” “accoucher,” or the obstetrician, distinguished by his anatomical knowledge and his surgical instruments. The struggle between these two schools of practice provoked a number of questions: Who had authority over the labors of the female body? Whose ministrations helped? And whose hurt?

One of the focal points of this medical shift was the 18th century development of a familiar medical device: the obstetric forceps. Visitors can examine forceps from Library’s collections and see images from obstetrics literature of how 18th and 19th century practitioners would have been taught to use this sensational new instrument. Also featured in the exhibit are historical texts and examples of anatomical teaching tools from the Library’s collections.

The exhibit was designed and written by Lara Musser, PhD, Historical Collections Graduate Assistant in 2018.